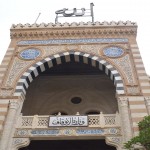 Public Wellbeing from the Perspective of the Islamic Shari’ah

All praise is due to Allah, the Lord of all worlds, Who says in His Ever Glorious Book, “Help one another to do what is right and good; do not help one another towards sin and hostility.’” I bear witness that there is no god but Allah, and that Muhammad is His Servant and Messenger. May Allah’s Peace and Blessings be upon him, his Household, Companions and upon those who follow their path to the Day of Judgment.

The pure religion of Islam does not acknowledge individuality, selfishness or negativity, and does not accept the preference of individual interest over the public one. Islam acknowledges only the public wellbeing, sincere giving, cooperation in the cause of righteousness, piety based on love and selflessness, so that the society can achieve the desired advancement and praiseworthy solidarity. In this way, one’s work will be for the sake of the public interest of the whole society, which in turn, achieves the wellbeing of the individual and the group as a whole. This fosters, among all citezens, the feeling of one body that is, one of its limbs suffers, the whole body responds to it with wakefulness and fever. May Allah have mercy with Poet Shawqi who said:

A land whose young men died to grant it life

They sacrificed themselves to make their people survive

No doubt that when reviewing the Book of Allah, one becomes fully certain that the general and universal purpose of the rulings of the Shari’ah is to achieve people’s public welfare, and to protect them against harm and evil. The Glorious Qur’an asserts that preserving interests and achieving the public good is the approach of the Messengers and Prophets. The Almighty Allah has sent not a Prophet or a Messenger except to bring happiness to his people without asking them for any reward or a worldly benefit. The Almighty Allah tells us what Prophet Noah (PBUH) said to his people “And my people, I do not ask you for money, my reward is with Allah.” Also, Prophet Hud said, “I ask no reward from you, my people; my reward comes only from Him who created me. Why do you not use your reason?” And Prophet Abraham,  Khalilullah (a title which implies that he is very close to his Lord), invoked his Lord with a prayer that shows his keenness to benefit his people saying, “Abraham said, ‘My Lord, make this land secure and provide with fruits those of its people who believe in God and the Last Day.’ It is known that the meaning of the word “this land” is its people. When a place is secure and its people have their provision and livelihood, they will worship Allah safely and peacefully, with assured and calm hearts that seek to please Allah Who said, “It was He who brought you into being from the earth and made you inhabit it, so ask forgiveness from Him, and turn back to Him: my Lord is near, and ready to answer.’”

The Islamic Shari’ah came to raise this human value and reformative principle, and to establish the rules for maintaining the stability of society and striving for its advancement and progress by giving preferrnce to the interest of the group over the interest of the individual. The lives of the Companions are rich with examples that prove this.

It is reported that Aisha said, “Had we wished to eat to our full, we would have done so, but Muhamad (PBUH) used to prefer others to himself.” Abu Sa’eed Al-Khudri narrated, “Once we were on a journey with Messenger of Allah (PBUH) when a rider came and began looking right and left. The Messenger of Allah said, ‘Whoever has an extra mount should offer it to him who is without it, and whoever has surplus food should give it to him who has nothing;’ and the Prophet continued mentioning other properties until we thought that none of us had any right to surplus of his own property.

According to the two Sahihs of Al-Bukhari and Muslim, Aisha said, “A poor woman came to me carrying her two daughters. I gave her three date-fruits. She gave a date to each of them and then she took up one date-fruit and brought that to her mouth to eat, but her daughters asked her that also. She then divided between them the date-fruit that she intended to eat. This (kind) treatment of her impressed me and I mentioned that to Messenger of Allah (PBUH) who said, ‘Verily, Allah has assured Paradise for her, because of (this act) of her’” or said, “He, the Almighty, has rescued her from Hell- Fire.”

During a year of drought, workers of Uthman Ibn Affan came from Syria, bringing him one thousand camels laden with wheat – or other food. The merchants came to Uthman who asked them, ‘What do you want?’They said; ‘people are suffering great hardship, so sell the food you received.’ Uthman said, “How much profit you will give me?’ The merchants said, ‘We offer you the double of what you have paid.’ Uthman said, “I have been offered a better price.’ The merchants said, “we offer you three times, then four, then five’, and Uthman refused too. The merchants said, “O Abu Amr, there are no merchants in Medina other than us. Who has given you a better offer?” He replied, “Allah, the Most Exalted, has given me a better offer, ten for every dirham. Can you offer me more?” They said, “No, by Allah.” Uthman said, “I call upon Allah to bear witness that I am giving this food as charity for the poor Muslims.”

Also, when the Prophet (PBUH) asked the companions to buy the well of Rumah that was possessed with a Jew who wanted to sell it for a high price, he (PBUH) said to the companions, ” “Who will buy the well of Rumah and dip his bucket in it alongside the buckets of the Muslims?” ‘Uthman (may Allah be pleased with him) then went to the Jew and negotiated with him; yet the latter refused to sell the entire well, which is why he bought its half for twelve thousands dirhams, and he made it under the free disposal of Muslims. The selling contract decrees that the well’s ownership will be divided between ‘Uthman and the Jew. So, when it was the day of ‘Uthman, Muslims used to take from the water what sufficed them for two days. When the Jews saw that, he said, “You have made the well of no avail for me,” which is why ‘Uthman (may Allah be pleased with him) bought the second half for eight thousand dirhams. ‘Uthman’s action comes in response to the Prophet’s order that aims at realizing the interests of Muslims.

During the era of ‘Umar ibn Al-Khattab (may Allah be pleased with him), it happened that Al-Masjid Al-Haram (i.e. the Sacred Mosques) was not spacious enough to receive people, which is why he (may Allah be pleased with him) forced the owner of those houses in the proximity of the Masjid to sell them, and said to them, “You are the ones who came and settled around the Ka’ba, not vice versa.”

The same thing was also done by ‘Uthman (may Allah be pleased with him), yet people objected to him, which is why he said to them, “What dared you stand against me is my forbearance; otherwise, ‘Umar himself did so, yet none dare to oppose him.” Then, he (may Allah be pleased with him) ordered that they should be imprisoned. This clearly indicates that it is lawful to dispossess one’s individual ownership for the sake of the public interest, like widening roads and graves and establishing mosques, fortresses, and public organizations, such as hospitals, schools, rehabilitation centers, etc., because public interest is given precedence to the private one.

In this connection, we affirm that the true understanding of Islam necessitates that the forms and shapes of public interest shall take into account people’s reality. They should also consider the arrangement of the society’s urgent needs and necessities according to their top priority; that is to say that if the society is in dire and urgent need to build hospitals to provide treatment for the poor and care about them, then this should be given priority to any other form of public interest. Yet, in case the society is in dire need to build hospitals schools and institutes, to maintain them and to spend on students, then priority should be directed to that; otherwise it should be given to facilitating marriage of those who do not have its costs or to pay the debts of those indebted in case they top the agenda of the society’s needs.

With that said, I ask Allah to forgive me and you.

Even when it has to do with good deeds, Islam has seriously considered the arrangement of priorities, to the extent that it instructs that public interest should be given precedence to the private or the personal one as far as preference among them is shown. That is because public interest’s benefit will cover the entire society, whereas that of the private interest does not exceed him to others. For example, if man, who works for a particular institution, spends his entire night offering prayers, then he went to work in the morning so tired that he was unable to fulfill the needs of his work and the interests of the institution are thus waned, he is considered a person who does not keep the trust and unlawfully receives his salary. That is because he, by doing so, has given precedence to the recommended acts of worship over the obligatory ones, which is unequivocally misunderstanding of the objectives of the religion. Amazingly enough, when Abu Bakr (may Allah be pleased with him) was in his agony, he advised ‘Umar (may Allah be pleased with him) saying, “Know that there are acts of worships dedicated for night, so they would not be accepted if performed in the day; that there are other acts that should be offered in the day, thus will not be accepted if done in the night; and that Allah will not accept the recommended acts of worship until the obligatory ones are done.”

Drawing on this understanding of the objectives of this Purified Religion and in terms of the importance of arranging the priorities, we emphasize that fulfilling people’s needs should be given precedence to the repetition of pilgrimage and ‘Umrah, because alleviating hardship from a poverty-stricken person, giving out charity to the poor and meeting his needs, paying the debt of a prisoner to set him free are all collective duties; it is taken for granted that observance of collective duties are to be given priority to all recommended acts of worship including the repetition of pilgrimage and ‘Umrah.

We are actually in a dire need to correctly understand our religion and to be fully aware of our reality in a way that makes us realize the danger of risks around us, and that enables us to sincerely give precedence to the public interest over the personal one in fulfillment of the instructions of the Purified Religion and hoping for the realization of the progress and advancement of our country. 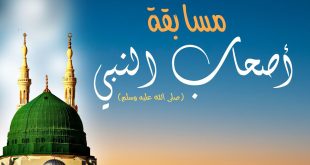 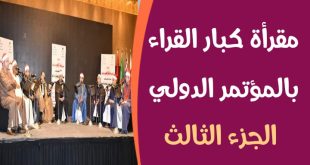 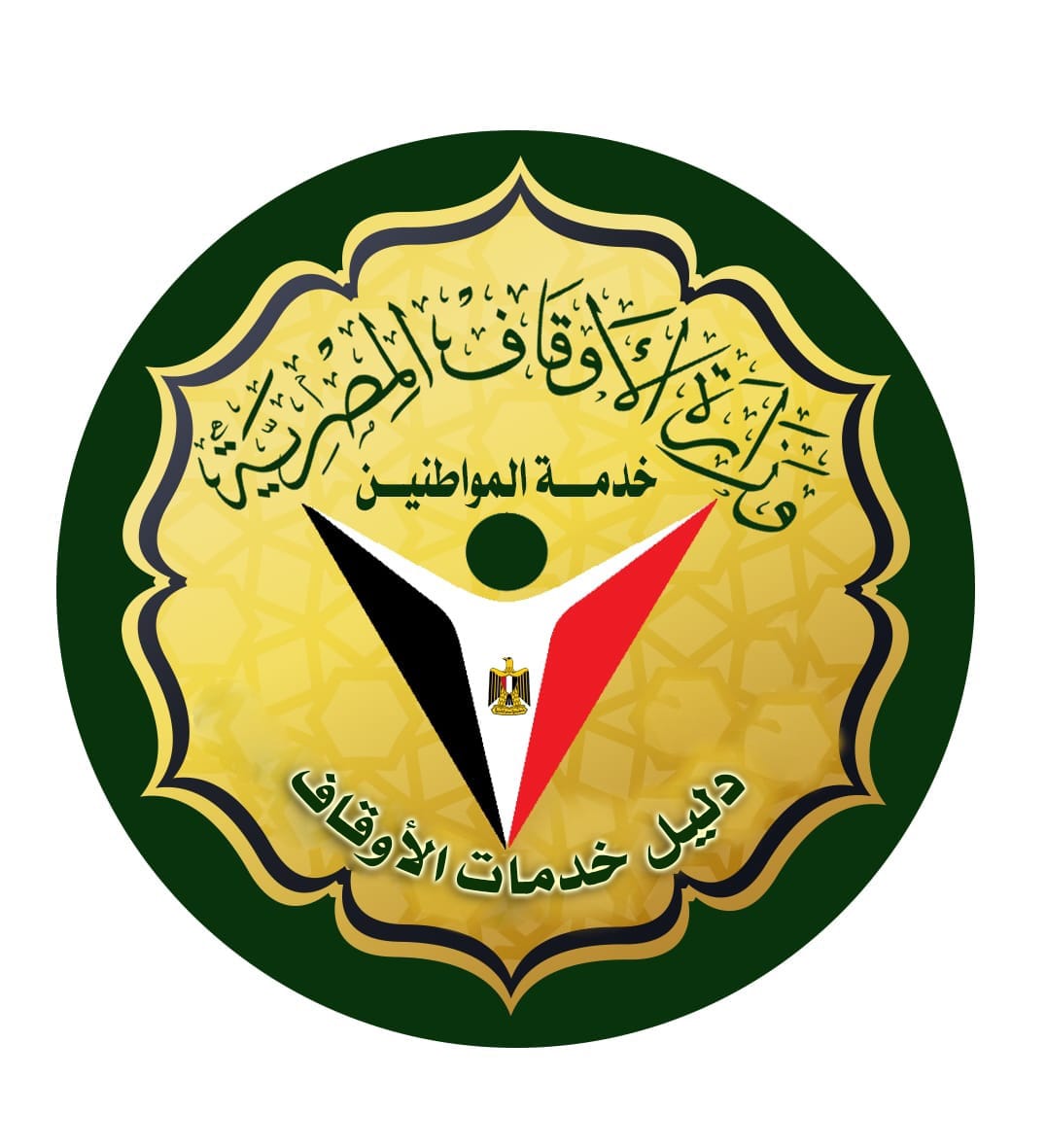 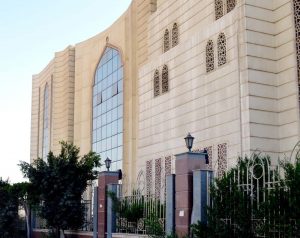